A friend of mine always calls this day “Broderick Crawford Day” in honor of the actor who portrayed the fedora-wearing character on the 1950s television show Highway Patrol. One of the signature shots of that series was Crawford’s character barking rapid-fire dialogue into the police radio, using brevity codes such as “21-50”, “11-27”, and of course “10-4” (meaning “acknowledged”). While these codes must have at first seemed like jibberish, millions of children from the fifties soon learned the lingo.

With the fast moving world of technology today, much of the lingo and newer terms may be confusing at first. This causes many to shy away from pursuing new technological pursuits and using the tools available. 33 Dimensions can help make sense of these technologies and guide you towards the appropriate channels to make your online presence a success. If you check out our updated Services page, you will see that there is no job too complex or too small for us to handle for you.

Whether you are launching a website for the first time or you want to update an existing site, 33 Dimensions will work with you through every step of the process. From the most basic fundamentals of registering a domain name and finding a hosting service, to the more complex details of tailoring a site which meets the specific need of your customers, we will provide a clear and concise path to meet your goals.

More info on our services

This week. The Badlees are releasing their long awaited double album Epiphones and Empty Rooms, with a massive CD release show tonight (10/4) at the Whitaker Center in Harrisburg. To prepare for this release, we have recently redesigned the look of the website Badlees.com.

A full re-design of the entertainment site Big Blue Bullfrog has been completed, with version “3.0” of that entertainment site launched on October 1st. Also, this long time staple of the 33 Dimensions family is the latest site to becoming fully responsive.

A Sound Off for Vets benefit will be held this year, afterall! On Saturday, November 9th at Broad Street Market in Harrisburg, a free benefit concert will be held with proceeds going to Operation First Response, an organization which helps wounded veterans. The all ages show will be held fron Noon to 4pm, with live music provided by fine rock musicians. If you’d like to help out at the event, please contact Chris Nelson at nelsoncl36@hotmail.com. 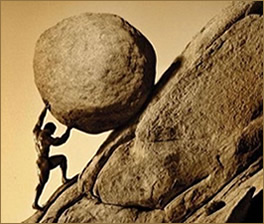 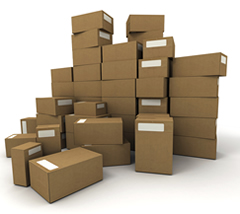 We wish you all love, peace, and happiness along with good health and fulfilling prosperity in the year to come. Thank you all for making 2012 the best year of our young business so far. We have some exciting new initiatives coming in 2013, which I’ll share with you in the New Year newsletter next week.

Until then, have the happiest and safest of holidays!

Our entertainment sites each got into the Christmas spirit with interesting countdowns and reviews.

Thank You to Our Clients

We sincerely appreciate all our clients and encourage you all to give them your support in the coming year:

Welcome to the debut issue of the River of Rock newsletter!

This will be the single source for the latest information on all our affiliated rock and entertainment websites. To start, we’ll publish this monthly (on the 10th of each month), but do plan on expanding our content sources and publishing frequency in the future. We’d also like to establish affiliates with more musical artists, writers, merchants, and anybody else related to this industry.

If you’d like more information on becoming an affiliate or just would like to offer some feedback , please email me at info@33Dimensions.com. I hope you enjoy this new feature.

Today is the 2nd anniversary of the official launch of Modern Rock Review on 10/10/10. Two years ago, the site kicked off with a first-of-its-kind profile of The Badlees, which examined their career on the 20th anniversary of their own debut EP in 1990. Since that launch, the site went on to do extensive profiles on Rush, Mark Oliver Everett, Lenny Kucinski, and Coldplay, along with many more articles, album reviews, and blogs.

Classic Rock Review started off as a specialized section of Modern Rock Review in 2011 but has become its own distinct website with a clear mission. The site’s primary purpose is to review significant, historic rock albums in a systematic way, by dedicating particular periods to focus on particular feature years in rock n roll. Right now the year being featured is 1987, which will continue to be covered through October 28th with the album of the year feature on U2’s The Joshua Tree. Starting in November, the site will review albums from 1972.

If you like entertainment, movies, video games, sports, literature, philosophy, politics, and yes, music, then Big Blue Bullfrog may be the site for you. This site was started in 2007 but was revamped to its current status in the Fall of 2011, and in that year has grown to be a cultural phenomenon. The site is currently reviewing the first five Resident Evil games, in honor of the release of the sixth, and the NFL features Tuesday Morning Tailback and
The Giants Blog are published weekly.