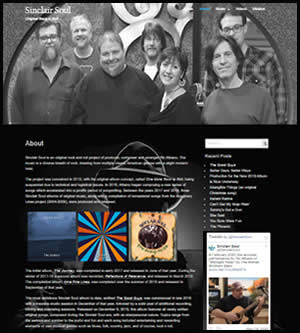 An active professional music project, Sinclair Soul is an original roots-rock band based in Pennsylvania. They burst onto the music scene with the spiritually-themed 2017 album, The Journey. This was followed by the 2018’s philosophical Reflections of Relevance and the 2019 critically-acclaimed album, The Good Guys. 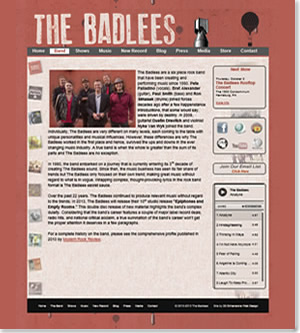 The Badlees are a Pennsylvania band that has achieved national fame and continue to record and perform quality music. 33 Dimensions built a quality site at Badlees.com in 2011 and completely reconstructed the site in 2012 ahead of the band’s compilation package See Me As a Picture, The Best So Far 1990-2012. In 2013, we implemented a third design in conjunction with the album Epiphones and Empty Rooms. 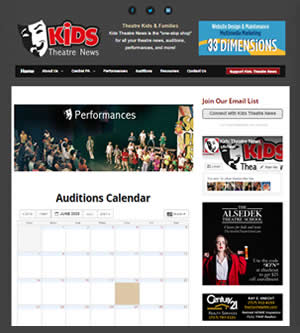 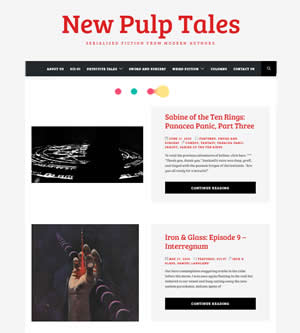 Founded by author J.D. Cook, New Pulp Tales publishes weekly story installments hearkening back to the golden era of magazine storytelling while also blazing new trails. The website was born as a result of Chinese food and a Heidi Ruby Miller class on the rising genre of New Pulp, so like-minded classmates joined together to create a web platform where they could create original pulp tales for a modern audience. 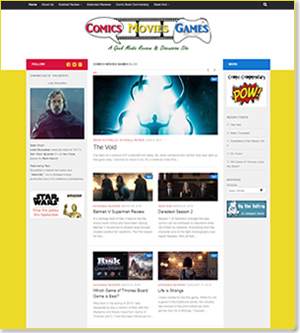 Founded by author J.D. Cook, Comics, Movies & Games evolved out of the geekiest posts written on the website Big Blue Bullfrog. The goal is to honestly discuss the best aspects of geek media and critique the things we believe can be improved upon. We will also bring you diverse opinions and articles of note, as well as publish a few of our own geeky works of art in due time.

Made up of four anchor “rock review” websites (see below) as well as other affiliates, the River of Rock music network was founded in 2010 and has grown internationally ever since. As the corporate owner of the River of Rock, 33 Dimensions develops all web, social media, SEO, branding, and multimedia for this network. 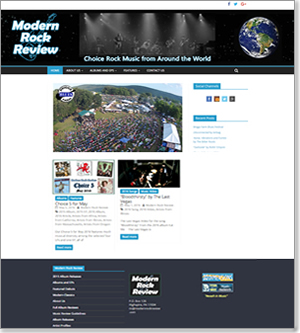 33 Dimensions developed and manages Modern Rock Review, the grandfather rock music site of the River of Rock music network, launched in October 2010 to offer in-depth profiles, articles, and reviews on contemporary musical artists. The website has a worldwide audience and has been updated several times, including a major renovation in 2013 to a fully responsive website. 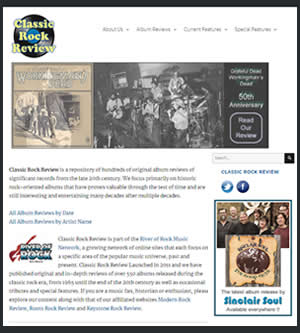 Classic Rock Review was established at the beginning of 2011 on a five year schedule to provide album reviews of relevant material from the classic years spanning from 1965 to 1995. Every two months, the site focuses on the music of a new year in classic music along with periodic special features on important moments in the history of rock music. 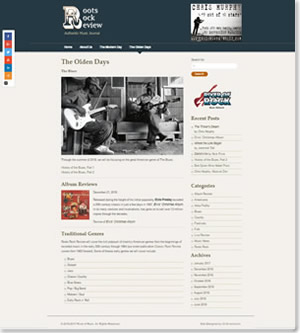 The newest memebr of the River of Rock network, Roots Rock Review was launched in 2016 and focuses both on modern day Americana-influenced artists, albums and events and the American historical genres of blues, jazz, country, R&B, Gospel, soul, and early rock and roll. 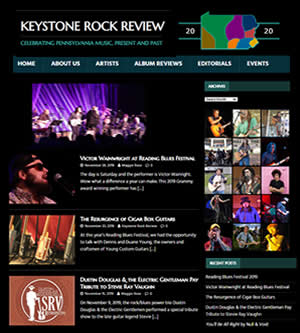 As a successor to DAMES of PA (an original client of 33 Dimensions), Keystone Rock Review was established to promote Pennsylvania artists and musicians and has grown to include more general interest people and events in Pennsylvania. 33 Dimensions designed and developed the site starting in 2012. 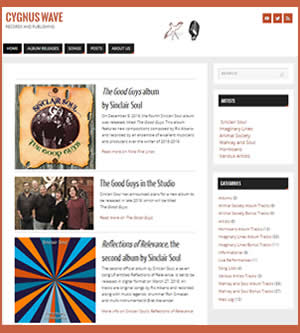 Cygnus Wave is an independent record label and publishing company with several album releases and counting. The site was originally developed with the label’s founding in 2005 and a major redesign was made by 33 Dimensions in 2011.