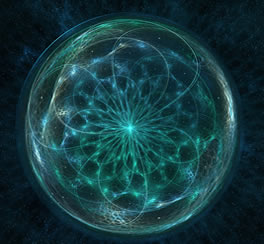 The Most Sunshine of Any Day of the Year!

Happy summer everyone! I’d like to take this opportunity to re-introduce my web design business, 33 Dimensions, LLC. We provide Web Design, Website Management, and many other services for small businesses, individuals, entrepreneurs, and non-profit groups. Our specialty is helping our clients grow and we work hard to go above and beyond to help them realize their online promise. We can work with you at any stage of your online experience, whether you’re brand new and need a site from scratch, would like to upgrade an existing site, or just need some consultation on the latest trends and technologies.

Most of all, we provide service at the lowest practical cost and strive to reach 100% customer satisfaction. Please visit 33Dimensions.com for more information, our latest specials, and a portflio of our past work. Or please feel free to send me an email ric@33dimensions.com or call me on my cell at (717) 829-4221.

Simply put, a website along with a solid social media strategy is the most cost-effective means of advertising. The Internet is revolutionizing entire markets, allowing all businesses, large or small, the same opportunity to market their products and services in an effective and appealing manner.

Compared with attracting new customers through traditional advertising or conventional marketing, a Website is amazingly low cost and the possibilities are endless. Search engines, referrals and the vast linking mechanics of the worldwide web provide volumes of “foot traffic” unimaginable in a “brick and mortar” storefront setting.

What if my business sells products I don’t think can be sold online?

If you have a business, you should have a website. Period. Even if you deal with products and services that can’t be sold directly online, you must have a presence so that customers can find you. More than 20 million shoppers are now online, and when they are not purchasing many of them are “window shopping”. Don’t have the shutters closed when they come looking for you.

That said, it’s not enough that you just have a website. You must have a professional-looking site if you want to be taken seriously. Since many consumers now search for information online prior to making a purchase at a brick-and-mortar store, your site may be the first chance you have at making a good impression on a potential buyer.

Last week, Classic Rock Review published a special feature on the 50th anniversary of The Beatles First Abbey Road Session. The site is also currently featuring album reviews from the year 1992, with that year’s album of the year to be announced next week.

Our newest site, Keystone Rock Review was launched last month as a successor to DAMES of PA. This site will focus on Pennsylvania music, artists, and events from both the present and past. The first big feature was a four-article profile on the legendary Philadelphia band The Hooters.

On April 21st, The Badlees released their first ever compilation album, spanning their first 22 years as a band. See Me As a Picture, The Best So Far, 1990-2012 contains 16 classic hits along with 2 new songs from the band. The CD can be purchased at the Badlees Online Store.

Hey, how about those G-men! (that’s the New York Giants for you non-football fans). At the time of our last newsletter on Christmas Eve, they were 7-7 and on the verge of being eliminated. Then with big wins over the Jets and Cowboys, they “snuck” into the playoffs at 9-7. Then the real fun began – a huge win against Atlanta in the Wildcard round, a flawless performance in Green Bay in the Divisional Playoff, and an overtime head-knocker against San Francisco in the NFC Championship. Now the Giants face the New England Patriots in the Super Bowl this Sunday, Feburary 5th, in a rematch of the thrilling game four years ago which the Giants won 17-14. Now my intent here is not to isolate Patriot fans, but the “big blue” in our fast-growing site BigBlueBullfrog.com did originate from the Giants. Enjoy the game everyone!

We have put together a couple of economical web packages for new sites. Each package includes initial design and a year of domain registration and hosting. We will design your site using a content management system (CMS) which will allow you to make easy updates to your site anytime, anywhere, and without any deep technical knowledge.

We also have great rates for redesigning, upgrading, or maintaining current websites as well as all the other services we offer. For further information call (717) 829-4224 or submit a request here.

As our sites continue to grow, we have expanded to cover many subjects and areas for which we need talented writers and editors to sustain the content. These subjects include new and classic rock music, current events, movie reviews, game reviews, lifestyle, sports, philosophy, politics, editorials, and business copy. The actual literature required ranges from simple blogs (or even “tweets”) to multi-thousand word, in-depth profiles. Anyone interested please email us at info@33dimensions.com for further information.

Classic Rock Review has migrated to a new, permanent home at www.ClassicRockReview.com (it had been at Classic.ModernRockReview.com for the first year of its existence). The site is currently exploring albums from the great year of 1977.

Cygnus Wave Records has added song pages for all of its artists, which each include lyrics, song information, and the ability to listen to each song in total. Since 2005, Cygnus Wave had seven album releases.

BigBlueBullfrog.com is benefitting greatly from the Super Bowl run of the New York Giants. The site also continues to expand and currently features an exploration of the musical sub-genre Nerd Rock and is offering strong coverage of the 2012 Election, with a correspondent on the ground in Florida tonight covering that state’s primary.

The Latest Modern Rock Review feature is an article on Americana legend Steve Earle. The site, which got a recent facelift for 2012, will soon be doing features on rock bands The Black Keys and Foo Fighters, as well as a review of the latest album by Van Halen.

Diane Kovaleski turned 35 yesterday (January 30th). In 2007 at the age of 30, Diane suffered a major stroke which the doctors initially said she would not survive for more than a week. But Diane is a fighter and she carries on despite her maladies. Back in that first year, a benefit called Dollars for Diane was established by her friends and family to raise funds for Brain Injury Research and a scholarship for Diane’s young daughter. In 2010, Pennsylvania musicians donated their songs create the Dollars for Diane Compilation CD, which is still available for only $5, which gets donated to this great cause.

The Badlees are planning a big year in 2012, which may include two new albums – a “Best of” collection and a whole new album of original material – plus a DVD documentary of the band as well as a major motion picture featuring their music. The band has also begun booking live dates for 2012.