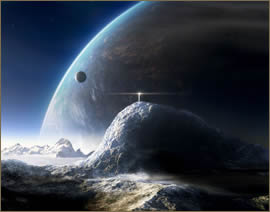 Recently, I made a mistake of omission which set off a chain of unforeseen events. These events caused a lot of problems for my client and resulted in a few dozen unplanned hours of problem-solving for myself and my company. Initially, it did not appear that there would be much of a disruption to the client’s service but things then began unraveling quickly with new issues seemingly arising out of nowhere. In my frustration, I found myself doing something that I absolutely loath when done by others. I started using the “alternative universe” excuse.

This is the practice of white-washing situations with hindsight justification. “If I had been told the facts of ‘B’, ‘C’, and ‘D’, then I certainly would have approached ‘A’ much differently and all these problems would have been avoided.” Now, this was certainly a true argument, as many of the subsequent problems could have been avoided if the client had disclosed all of the relevant information. Still, this was totally irrelevant to the subsequent situation, as it is impossible to jump into that alternative universe where all problems are averted.

This foray into the scientifically unproven domain has become a trend these days. You hear it often from the losing side of a sports contest, and most especially, in the political world. “If I had been in charge, we’d now be in much better shape right now…” or “…things may be bad now, but they would’ve been so much worse if not for my brilliant policies…” These statements are usually made as absolute fact and as a way to divert attention from the reality at hand.

The truth is, we only live in this one reality and we have to own the decisions we make here.This is especially true for small business owners like myself who don’t have much luxury for academic exercises and hypothetical situations. Not all our decisions will be correct, but once made they must be embraced either as building blocks for best practices or lessons learned for the future.