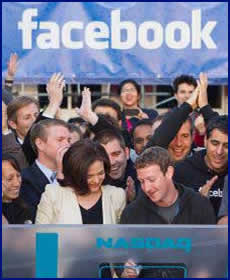 News broke last week that, despite bring in over a billion dollars in profit last year, Facebook owes no taxes for the year 2012. Actually, the company will be getting a refund of close to a half billion dollars. This is due to a provision in the tax law that allows companies to discharge all previous losses, from their date of inception, during the year that the company goes public, as Facebook did in 2012. However, this is not necessarily a one-time windfall as Facebook may continue to get monster tax breaks in the coming years. And Facebook isn’t the only major social media company with no federal tax liability. This week it was revealed that LinkedIn has paid no federal income tax over the past three years, in spite of an estimated $160 million in profits over that time span.

The irony here is that much smaller businesses and/or individuals who promote these large companies through their social media services get no such tax breaks. In fact, I know of fellow small business owners who are struggling to meet their tax obligations at this time. Of course, social media is just one example, as similar situations exist in all trades and industries.

Politicians try to exploit such unfairness with lofty talk of “ending tax break for millionaires and billionaires.” The richest of the rich, such as Bill Gates and Warren Buffet, often avail themselves as props for such proposals. After all, who has more to lose than the richest of the rich? And if they are in favor of higher rates, why shouldn’t we be?

But when the rubber meets the road, such as in the fiscal cliff agreement less than two months ago, these same politicians advocate that the top tax rates be raised on those who make $200,000 per year (hardly millionaires or billionaires). So the brunt of the burden is carried by the small businesses on the lower end of the spectrum and, even for those of us who don’t quite make $200K, many of our clients and customers do. As for the likes of Buffett, such rate increases make no difference because these wealthy entrepreneurs have armies of tax attorneys to offset any meager rate increase. In fact, Buffett’s Berkshire Hathaway has been fighting the I.R.S. over an estimated $1 billion in back taxes for over a decade (how many small businesses can afford to do that?).

The only real solution is to throw out the current tax system, which is loaded with loopholes for the crafty and traps for the less-connected, and replace it with a simple and straight-forward system for absolutely everyone. Such a common-sense solution will be vehemently opposed by tax attorneys and politicians who rely on the current convoluted tax system to grant special favors, but it would unleash an era of growth and certainty for everyone involved in commerce. Then even Facebook could “invest” in the infrastructure of our country.